A bit about the land

In 2003 we bought La Forge, a longere and dependances, in Touraine du Sud.
It came with almost seven acres of land... most of which is an old grazing meadow... trapped between the old millstream [bief] that runs directly behind the house and the River Aigronne marked by the line of trees that meanders across the top of the picture.

This is the land from above. 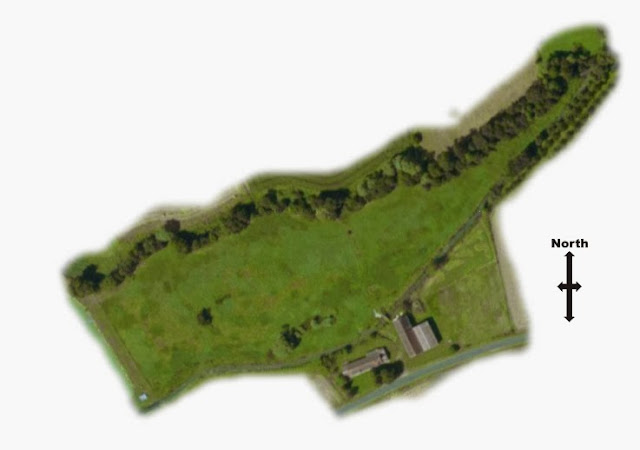 The land to the south of the bief, and the land around the house will be gardened and landscaped.
The area to the East of the house and barn, between the road and the bief, will be our orchard and vegetable garden.

The rest of the land... to the north of the bief will be managed to give a constantly changing habitat for wildlife, a return crop for us in biomass and material for composting and woodchip for paths...
as well, hopefully, as a return crop of willow [saule] that will be used for making hurdles, fedges and other related products [but NOT baskets!]

The reason for not using the willow very much as a burning wood is that it burns a bit too quickly...
that said, we will be using some of it, well mixed with other wood from the site and some bought in....
very cheap here as the local woods are managed for game and the trees are coppiced regularly.

The"forge" was a bloomer furnace for smelting raw iron and stood on the north side of the millstream [bief] behind the house [which is the long building lying eastish-westish] to the west of the bridge [which is by the barns and laiterie which lie northish-southish] and the site is marked by a plateau.

Apart from the five original willows there are other species of tree and shrub on site and these will have a page to themselves on this website.

Our other blogs [and some other useful wildlife ones]

Local wildlife, especially on the "Pré de la Forge" can be found on on Aigronne Valley Wildlife.